Time appears of an unmeasurable length. Unless you smoke weed. With weed, the notion of time is completely overthrown. The moments are years, and the minutes are centuries.

That’s why all of the great jazz musicians smoked weed, beginning with the King of Jazz himself, Louis Armstrong. He (and his contemporaries) smoked weed every day of his jazz playing life.

Music, like life, is all in the timing. Weed can monkey around with our concept of time, which (firstly) puts our awareness squarely in the present moment. And because a chief effect of marijuana is that it lengthens the sense of time, the jazz musicians could get more grace beats into their music than they could if they simply followed the written copy.

If you’re a musician, you’re going to play the thing the way it’s printed on a sheet. But if there is more time, jazz stoners users are able to hear more music between the notes, and the fabric of the song itself seems to stretch. They are able to work in about twice as much music between the first note and the second note, and that’s what made jazz musicians; the idea that they could jazz things up. In other words, jazz musicians such as Louis Armstrong had the magic power to find music within music, and that’s when improvisation starts happening.

Personally, I am a massive fan of weed. But it was never easy being a smoker. Even as an adult, I used to feel guilty whenever I smoked. It was like I was doing something terrible and dangerous. And that’s because the propaganda machine against cannabis has been raging for almost 100 years, telling us how bad it is.

Is weed a brand damaged beyond repair?

A brand damaged beyond repair? Well maybe not. Because with marijuana now being legalised in more and more states and countries around the world, the “truth” about weed is slowly coming to the fore. Whether it be for medicinal purposes, recreational purposes, or just because you’re the drummer in a great jazz band.

Here in Australia, marijuana has been illegal since 1928. Despite that, Australia has the highest use of cannabis in the world, with 15% of all people being regular smokers. Last week I was at Bluesfest and watched as police sniffer dogs sidled up to weed-carrying smokers. About 1,000 people had their tiny stashes of weed confiscated, and received written warnings from the attending police. And the irony in all of this? I purchased my supply of festival marijuana just one hour drive up the road from Bluesfest – at Nimbin, on the main street in plain view of everyone and anyone.

I’m sure time stood still for many of the musicians at Bluesfest, and I know why it did. I reckon it’s time we grew the fuck up and stopped this schoolmaster attitude towards catching and punishing adult people for smoking weed. We’d do well to turn our attention to alcohol, the drug MOST likely to harm or kill an Australian. 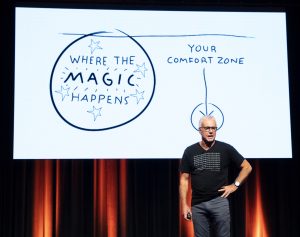