Let’s talk about death. Why? Because is the one thing that’s going to happen to each and every one of us, guaranteed.

Gary Vee was asked by a passer-by to say something motivating in three words. His reply, “You’re gonna die”. At first, she was shocked. She then quickly understood got what he was saying and cheered him on his way. Because if those three words don’t get you bouncing into your day and into life with gusto and enthusiasm, then I don’t know what is.

Most people are trying to make it safely to death

Here’s the thing. Most people I meet are trying to make it safely to death. Yep safely. They play it safe. Meddle in little things. Sweat the small stuff. Never take on the big stuff. Live with the handbrake on. Always in control. And always waiting. Waiting for someday, one day, a better day. Then … I’ll make my move. Unless you already died.

As a Game of Thrones watcher, I loved the scene in Season 8 Episode 3 (the battle with the dead and the Night King) where Arya was reminded, “What do we say to the God of death? Not today.” The God of death is going to get us all, after all. Just, “Not today”. And so it played out – the battle was won and they lived to fight (and probably die) another day.

It all comes down to today because that’s what you’ve got and that’s what’s real. You don’t live once. You die once. You live every day. That’s the power of now (Eckart Tolle).

The brutal reality is that there are people living in your city or town who will die today, and they have no fucking idea it’s coming. And do you know what? It could be you. So … what are YOU going to do? Just sit there, worrying and waiting? Or ease off a little on the handbrake, and start doing a few ‘carpe diems’ of your own? 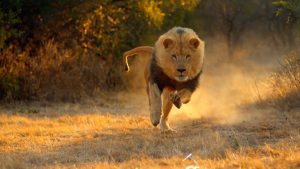