Big YOU, Brand YOU 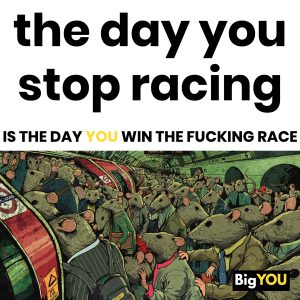 In his book Good Work, the economic thinker E.F.Schumacher describes the ‘longing for freedom’ that has become so widespread in society today: I don’t want to join the rat race. Not be enslaved by machines, bureaucrats, boredom, ugliness. I don’t want to be a moron, robot, commuter. I don’t want to become a fragment of […]

Big YOU, Brand YOU

THE CONSOLATION OF CONFINEMENT

Home confinement is a strange thing. In the 1650s, the French philosopher Blaise Pascal noted that: ‘The sole cause of man’s unhappiness is that he cannot stay quietly in his room.’ Really? Surely having to stay confined in one’s quarters is a kind of psychological torture? Pascal’s idea challenges one of our most cherished beliefs: that […]

Big YOU, Brand as purpose, Brand YOU

OUR WORLD IS UNDER SIEGE

Enter your email address to follow my blog and receive notifications of new posts by email.

Why it’s hard to make a stand